National Tyres and Autocare are delighted to announce our new partnership with Commonwealth Gold medallist Judoka Kimberley Renicks. In 2014 aged 26, Kimberley Renicks won gold in the Commonwealth Games U48KG and after recovering from a serious shoulder injury, which threatened to end her career; she now has her heart set on qualifying for the 2020 Olympics Games which takes place in Tokyo. 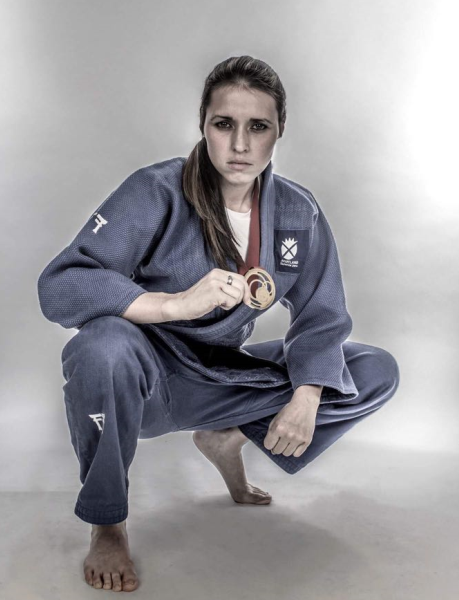 Renicks is now ranked as the UK's Number 1 Judoka and has teamed up with National Tyres and Autocare as she embarks on her quest to be selected to represent Great Britain at Tokyo in 2020.

Since the age of 4, Kimberley Renicks' dream has always been to become an Olympic Athlete in Judo. We at National Tyres and Autocare are hoping that we can help Kimberley Renicks achieve this dream.

At the Commonwealth Games in 2014, Kimberley Renicks became the first Scottish athlete to win gold and was at that point, one of the most celebrated figures in Scottish sport. However, it hasn't been all plain sailing for Kimberley. She was forced to miss out on the Rio 2016 Olympics due to a number of shoulder injuries, which could have easily ended her career. Now at the age of 30, and helped by her personal coach, sister and fellow Commonwealth Gold Medallist Louise, Renicks has her heart set on reaching the 2020 Olympic Games and representing Team GB.

Despite being a Commonwealth Gold Medallist and the UK's Number 1, Renicks in recent years has had to chase her dream using her own funding. It has been a struggle to fulfil her maximum potential due to lack of finance. If you are interested in donating directly to Kimberley, please visit her CrowdFunding page HERE. Any funding provided will help towards flights, training and hotels and you too can be a part of Kimberley Renicks' Olympic Dream.

Along with a daily vigorous training routine, Kimberley runs regular Judo classes at local schools to help promote the sport of Judo for young and aspiring athletes. Renicks, a Dyslexia sufferer, is committed on improving the life of youngsters through Judo and in the future wants to work with under privileged children to give them a focus in life, much like her Father gave her and her sister when they were young.

At National Tyres and Autocare, we are impressed by the immense dedication, passion and commitment shown by Kimberley Renicks, showing that if life gets you down, with hard work and will-power, you can be successful. In 2017, Kimberley was ranked 88th in the world. After some impressive wins against Aziza Chakir and Oumaima Bedioui, Renicks has now shot up the rankings to 37th in the world- quite remarkable after the severity of her shoulder injuries in 2016.

At National Tyres and Autocare, we will be keeping a very close eye on Kimberley's journey including the build up to her fights as well as looking at her training routines and workout plans. We are extremely excited at the prospect of our blossoming partnership with such a talented athlete and are looking forward to providing an insight into the life of a professional athlete.

If you would like to keep informed on the progress of Kimberley Renicks' journey then make sure you keep a very close eye on our Facebook and Twitter pages, where we will be providing regular updates using the hashtag of #RenicksOlympicRace. You can also follow Kimberley's Official Twitter page HERE.