Number Plates: The Most Expensive Plates In The World

At the 25th anniversary auction event held by DVLA, all previous records for the sale of customised number plates were broken. The auction of the ’25 O’ plate brought the DVLA a whopping £518,000 in sales. The winner of this number plate auction was John Collins, a leading Ferrari dealer and collector. When asked why he decided to fork out so much money on this personalised number plate, his answer was simple- to put "ultimate plate for the ultimate car".  Due to the Ferrari 250 GTO being John Collins' favourite car, he decided to wanted to make it stand out even more and because of this he gladly parted with his £518,000 to make the ’25 O’ his own. However, this wasn't just any normal car. This car in the past, belonged to the one and only, the legendary Eric Clapton. 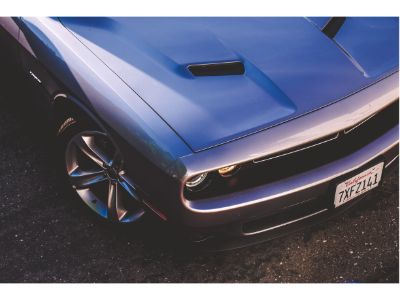 Over £500,000 at an auction sale is an amount too staggering to be believed, especially when the product in question is a personalised car plate. The ’25 O’ plate is definitely more than special and we are not surprised that it achieved a feat of this sort. The record-breaking plate has broken a previous similar record made in March 2009. Then, an auction of the ‘1 D’ had fetched £357,000. The ‘O’ series has been among the most popular ones and has raised millions at auctions down the years. At an auction, the ’26 O’ grabbed the top spot, when it was sold for £36,000, a sum that now feels pretty measly.

What is even more surprising is that at the same DVLA auction in which John Collins become the proud owner of the world's most expensive personalised number plate, only three hours later he shelled out a huge £130,320 for the ‘250 L’. John said in a press statement that he was quite determined to own both of the number plates he purchased. He, however, had no idea how much he would have to pay to be so privileged. He also admitted that his purchase at this auction could have been his first ever £1 million personalised plate registration.

1989 was the first year in which personalised plates were auctioned, and since then, DVLA has raised over £2 billion in the events of this nature held thus far. The proceeds from auction sales go to the central Government.

What Is The World's Most Expensive Number Plate?

Saeed Abdul Ghaffer Khouri is a proud owner of the world's most expensive number plate. For a modest £7 million Mr Khouri, a member of a wealthy Abu Dhabi family, purchased the "1" number place. When asked on why he spent so much money of this number plate, Saeed Abdul Ghaffer Khouri said: "I bought it because it's the best number". He would not disclose on which one of his vehicles he would be putting his new "1" plate on however.

Did you enjoy this blog post? |
10 people found this review helpful