25% Of UK Car Owners At High Risk – Is Your Brake Fluid Up To Date?

More than 25% of four wheelers on the roads here in the UK are, in all probability, using a brake fluid that’s totally ineffective. And doing so, places them at an increased risk of meeting with an accident. 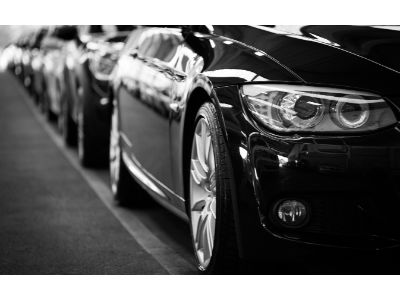 A leading research firm has published data following extensive study on the usage of brake fluids in vehicles in the UK. The results are appalling; over a quarter of cars in the UK could be running on defective brake fluid.

The aforementioned research was sponsored by Cosan Lubricants – a Mobilä Car Care authorised licensee for Europe, Middle East and Africa.

The Nitty Gritty Of Using The Right Brake Fluid

This research data has raised several eyebrows across the nation. Elaborating further on this issue, brake fluid is characterised as hygroscopic. This means that it absorbs moisture from the atmosphere. Over a period of time, brake fluid’s intrinsic nature lowers its boiling point and causes massive reduction in its effectiveness

Typically, fresh brake fluid boils to produce vapour. This vapour is highly compressible, and hence results in soft braking. Under this condition, the brake pedal can be operated with minimal or non-existent effort.

A representative from Cosan Lubricants said that new brake fluid, typically, has a boiling point that ranges anywhere between 230 and 260°C. The brake fluid, however, becomes useless with usage, when its boiling point eventually drops to 180°C.

Alba Diagnostic, world leader in brake fluid testing, concurs with Cosan Lubricants. A technical representative from Alba Diagnostic suggested that ideally, brake fluid must be changed as soon as its boiling point plummets to 200°C. And it’s a matter of grave concern that over a quarter of all four wheelers in the UK runs on brake fluid that boils below this figure.

Are You Doing It Right?

In order to tackle this situation effectively, all of us will need to be particularly attentive about what exactly goes into our car’s brake fluid reservoir. Most of us do check the brake fluid levels intermittently; however, there’s hardly anyone among us who goes any further.

More often than not, motorists use any brake fluid that’s handy. It could be a contaminated bottle lying on the shelves for an unknown duration. And how many of us even remember changing the brake fluid in the recently?

Cosan Lubricants spokesperson, Mike Bewsey, stated that several motorists erroneously believe that passing MOT test implies that all the lubricants in their car are up to date.

He explained that there is no other way to determine the usability and gauge the quality of your brake fluid except testing its boiling point temperature. And since the MOT does not involve carrying out this test, the onus of ensuring your car’s safety is, as a driver, totally yours.

So, if you don’t remember when you last changed the brake fluid in your car, or when was it refreshed last, it’s high time you took action. And spending £100 on it, including labour charges, is definitely cheap considering the dire consequences of using poor quality braking fluid, concluded Bewsey.

Did you enjoy this blog post? |
7 people found this review helpful