Electric vehicles (EV’s) are undoubtedly growing in popularity with a 13.1% increase in 2019 of electric and hybrid registrations. Over the last few year’s improvements in technology have enabled manufacturers to significantly improve the battery power on these vehicles, as well as increasing speed and enhancing performance whilst reducing emissions. 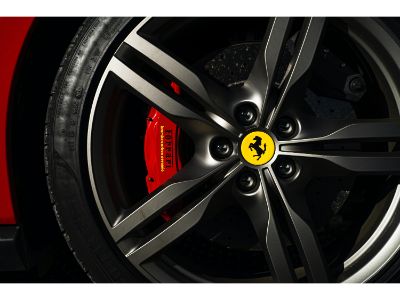 This coupled with the Governments initiative to have all electrical cars on the roads by 2040 has seen manufacturers pledging to design and create electrical variations of their models over the next few years. Many manufacturers are already producing hybrid versions to meet government requirements.

So, what’s the difference between Electric vehicles/hybrids and standard cars?

Although they look and feel the same as traditional fuel powered cars, there are many differences that motorists need to be aware of when it comes to vehicle maintenance, not least of which is the difference in tyres.

Electric cars are much heavier than standard cars, the need for reducing carbon emissions means Electric Vehicles have a larger battery weighing down the car and ultimately wearing the tyres out quicker. The load increase will wear through a standard tyre in no time so tyre manufacturers have had to respond by producing more robust tyres specifically for electric vehicles.

Although more expensive, Electric Vehicle tyres have been designed with the increased vehicle weight in mind. Tyres for electrical cars have been developed with tougher sidewalls to absorb the additional strain and optimised tread patterns to offer low rolling resistance.

The lower the rolling resistance of a tyre, the less energy used to move the car making it more efficient as less power from the battery is used.

Not only that, but Electric Vehicles also deliver more torque than that of standard vehicles. This is the force of rotational power that drives a vehicle forward. The higher the torque the more power provided to the wheels as they rotate.

When standard tyres are fitted to Electric Vehicles the weight of the car pushes down on the tyres making them much louder for the motorist.

Therefore, tyres specifically designed for electrical vehicles are recommended by National for safety, longevity and peace of mind.

As with all tyres, regular checks should be carried out to check the condition of the tyres and the tread depth. The tyres need to be adequately inflated to prevent accidents and tread depths should by law be over 1.6mm across the central 3/4’s of the tyre.

Did you enjoy this blog post? |
3 people found this review helpful