Everything you need to know about driverless cars

In the past few years, the conception of autonomous driving has gone beyond a mirage to a dream come true. 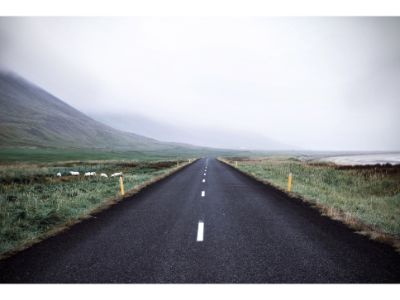 Though still in its formative stage, self-driving technology is increasingly gaining more reputation and has the potency of transforming our transportation system. Tesla have produced a piece of technology called Enchanced Summon, which via a smartphone, your car will be able to drive its way to you, out of its parking spot and at the same time, avoid any obstacles in its way.

For more information on Tesla, please view the video below:

In a simple sense, a driverless car must be able to reach a destination, avoid obstacles, and park with human control. For this to be possible, the self driving car must have an artificial intelligence system that can sense its environment, analyse the visual data to determine how to evade bump or clash, handle the car machinery such as the steering and brake, and finally uses the GPS to track the car's present location and destination.

Virtually every day, there are emerging developments in the automobile space, especially on the self-driving car. From the major car manufacturers to the ride-sharing service like Uber to tech companies such as Apple and Google (Waymo has now taken over from the initial project of Google driverless cars) have all bought into the self- driving car industry.

The history of driverless cars

Strangely enough, the idea of the self-driving car can be traced as back as the middle ages, even centuries before the invention of the ordinary vehicle. The verification of this originates from outlining by Leonardo De Vinci, which was proposed to be a plan for a self-impelled cart. His intention at that time was plain and fairly relative to the highly advanced navigation systems we have today.

In the first part of the twentieth century, the real combined effort to evolve a self-driving car began to take shape with the Houdini Radio Control Company in 1925.

From this time to the present age, the evolution of the self-driving cars has undergone tremendous development.

For decades, this has remained a pure science fiction, but recently, self-driving cars are beginning to penetrate the sphere of science fact. With Google, Uber, Tesla, and others vigorously working on their development, we could envisage self-driving dominated driveways soon.

How do driverless cars drive themselves?

The self-driving cars are exclusively great for detecting things such as lane lines on the road, speed signs, and traffic lights. Some developers go by the assumption that, with higher machine vision, they will make use of cameras to spot everything they see and navigate effectively.

One of the indispensable parts you find on high of most self-driving cars is measuring device. It projects voluminous optical device beams each second, measures however long they fancy restore, and uses the information to produce a 3D map that is additionally more accurate than what radiolocation can give and more accessible for a pc to know that a second camera image.

NOT ALL SELF-DRIVING CARS ARE FULLY AUTONOMOUS

Good news for those who enjoy the thrill of driving, some self-driving cars will come with the option of you being either a passenger or a driver. Semi-autonomous cars, such as the new Honda Civic can drive themselves on highways and still allow to you drive them when you choose to.

However, new self-driving cars made by Google do not come with steering, accelerator, or brake pedals, but they have a button you can press to make the car stop at any time.

SELF-DRIVING CARS HAVE THEIR THREATS TOO!

Due to the computerization of the driving process, it makes it easier for hackers to bypass the security of a car and do whatever they want with it, including using the owners' information for inappropriate actions such as financial crimes and the likes.

Although, researchers are working hard to increase the security of gateways self-driving cars to reduce the ease in hacking them. 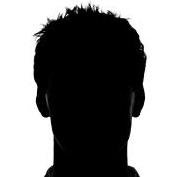 Did you enjoy this blog post? |
4 people found this review helpful